Advancing our brand for the future of the field

A Foundation with an Eye to the Future

In 1983, AABB launched the National Blood Foundation (NBF). For nearly 40 years, the NBF has been dedicated to advancing the field through critical funding for early-stage scientific research. From its early beginnings, improving the lives of patients and donors worldwide has been at the heart of the Foundation’s mission.

Now, AABB is proud to be relaunching the NBF as the AABB Foundation, a new name underscoring the expanding reach and growing importance of the Foundation’s work. This change celebrates all that the Foundation has accomplished in its history, while reaffirming its commitment to supporting the field.

Through the generosity of our community, the Foundation has raised millions of dollars to fund more than 200 early-stage investigators, who have conducted impactful research on a range of medical conditions, including alloimmunization, sickle cell disease, West Nile virus, SARS Cov-2, malaria, anemia, hemophilia and many more.

The AABB Foundation will continue the important work of funding early-stage investigators, while also expanding the ways in which we support innovative research and education for the field of blood and biotherapies. Our new name is a strategic decision. Aligning the Foundation closer with AABB sets clear direction for the Foundation as it introduces new programs; it also reaffirms AABB’s commitment to supporting research in the field. 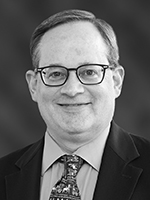 "It’s exciting to introduce the AABB Foundation! The new name, logo and tagline are fresh and modern and it’s very clear who we are and what we do. 2023 marks our 40th year and we now have an incredible opportunity to build upon our legacy to achieve greater impact."

Grants for investigator-initiated original research in all aspects of blood banking, transfusion medicine and biotherapies.

Recognizes investigators who have completed their Foundation-funded research.

Recognizes a scientist whose original research resulted in an important contribution to the body of scientific knowledge in transfusion medicine or biotherapies.

Recognizes a prestigious and select group of grant recipients who leveraged their early-career grant funding into successful careers in transfusion medicine or biotherapies, and who demonstrated exemplary leadership in the field.

Your contribution supports advancements
in transfusion medicine and biotherapies.