AABB Accreditation promotes the highest standards of quality and safety for blood and biotherapies facilities.

Blood, biotherapies and specialized service provider facilities throughout the world attain AABB accreditation to demonstrate a commitment to quality and safety while continuously improving operations. AABB-accredited facilities can be found in more than 50 countries worldwide, and AABB has been leading the field in ensuring high quality assessment and accreditation since 1957.

AABB provides accredited facilities with a well-recognized mark of uncompromising quality. Our accreditation process is based on AABB’s renowned quality systems approach that helps to optimize existing processes.

AABB offers accreditation for many activities, based on expert-developed standards for facilities that perform the following: 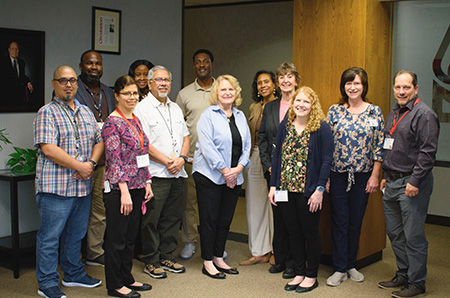 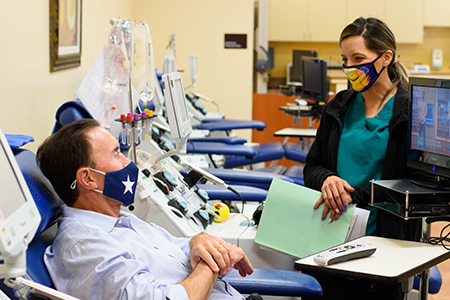 Gulf Coast Regional Blood Center is one of the largest community blood centers in the United States, serving 26 counties and more than 170 hospitals and health care institutions.

The Value of AABB Accreditation

Designate Your Facility as First-in-Class for Quality

Accreditation for Experts by Experts

Recognition of AABB’s Standards and Accreditation in Laws, Regulations and Policies

Achieving AABB Accreditation can help your facility attain and, in many cases, exceed federal and state requirements. In instances where AABB has been granted deemed status, your AABB assessment may additionally serve as your facility’s federal- or state-mandated inspection.

“AABB allows facilities to demonstrate their commitment to quality and safety while raising trust amongst donors, patients, and clients. In addition, having a third-party endorsement differentiates you from competitors and gives you a broader opportunity to increase your overall footprint.”

AABB is one of only three accrediting agencies in North America that is accredited by ISQua, the International Society for Quality in Health Care. This certification means that AABB is independently assessed for its accreditation programs assuring objective rigor.