Be the Spark that Fuels Innovation - Contribute Today to Advance the Field! 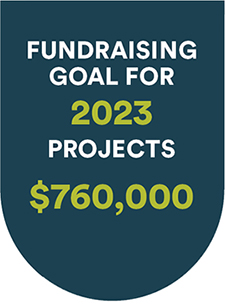 Perfect for one-time or monthly donations. Monthly donations are a convenient, automatic method of distributing your contribution throughout the year.

The AABB Foundation staff is happy to assist you and discuss other giving opportunities, including:

YOUR CONTRIBUTIONS AT WORK

The AABB Foundation serves the field of blood and biotherapies through grant making, educational offerings and industry leadership engagement and recognition. For 40 years, our early-career grant program has funded more than 200 investigators – many of whom are now subject matter experts and leaders in the field.

These grants support early-career researchers and promote critical scientific research in the field. Upon completion of a Foundation-funded early-career grant, the principal investigator is required to submit a final report detailing the project outcomes and is recognized as an AABB Foundation Scholar.

This award annually recognizes an individual who is, or has been, a medical technologist involved in the fields of blood and biotherapies with emphasis on red cell serology. It also recognizes individuals who have demonstrated quality research, teaching and/or service abilities in the technical aspects of immunohematology.

This award and lectureship annually recognizes an individual who made major scientific or clinical contributions to hematology, transfusion medicine or biotherapies, and succinctly communicated these advances. The award is presented annually.