On Monday night, AABB’s Board of Directors made the decision to cancel our upcoming in-person Annual Meeting, scheduled for Oct. 1-4 in Orlando.

We have all seen the weather reports. Hurricane Ian continues to strengthen and is expected to be an even more powerful storm by the time it reaches Florida later this week. The entire state of Florida is under a state of emergency, with school closures and evacuation orders already being issued. While the precise storm path is still somewhat uncertain, its size and scope have the potential to dramatically impact a wide swath of the state, including Orlando. The Board has made this decision now because the safety and health of our community is, as always, AABB’s top priority; we hope this provides sufficient time for attendees to cancel travel and make alternative plans over the next several days. It is also necessary to make a decision now, since preparation for the Meeting begins on-site on Tuesday.

The AABB Annual Meeting brings blood and biotherapies professionals together for a must-attend event featuring cutting-edge research, the latest advances, networking with colleagues and practice-changing solutions.

REGISTER FOR THE 2022 AABB ANNUAL MEETING 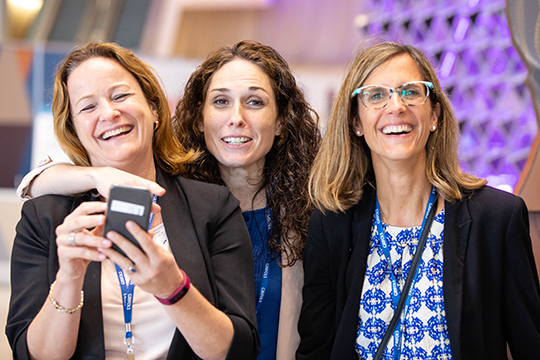 The 2022 AABB Annual Meeting will be back in-person October 1-4. Register now to join the blood and biotherapies community in Orlando.

WHY ATTEND THE 2022 AABB ANNUAL MEETING?

Learn about the latest findings and best practices that can be integrated into your own work.

Make professional connections from across the blood and biotherapies community.

Hear more about the latest technology advancing the field. 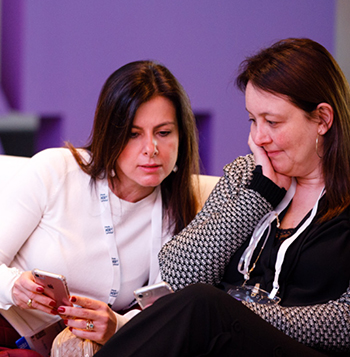 A virtual meeting will take place Nov. 6-7 Action steps are already underway to expand this previously planned event. We hope to connect with our community virtually as we share practice-changing research and updates with the field.

REGISTER AS AN AABB MEMBER

AABB members save more than $200 on full meeting registration, as well as exclusive member content and discounts on resources all year round.

AABB continues to monitor the evolving public health guidance regarding large gathering and will provide updates and additional guidance as they become available.

Based on current public health guidelines, AABB will require all attendees, exhibitors, staff and vendor partners to be fully vaccinated according to guidance issues by the U.S. Centers for Disease Control and Prevention. The AABB mask mandate is under consideration and will be evaluated closer to the meeting.

View the full Health & Safety Policy for the 2022 Annual Meeting

If you register between Thursday, August 4 – Wednesday, August 31, we’ll refund your registration fees, less a $75 service fee. No refunds will be given to individuals that register on or after Thursday, September 1 or to no-shows.

This policy will apply to your registration fees for the 2022 AABB Annual Meeting only and does not apply to any other reservations made related to the Annual Meeting such as hotel accommodations, transportation, meeting room requests and/or exhibits.

AABB is committed to ensuring that the 2022 AABB Annual Meeting is a welcoming, inclusive, safe and supportive experience for all attendees.

This year’s Annual Meeting is in Orlando, Fla. In recent months, Florida has implemented legislation impacting the health and safety of members of the LGBTQ+ population. AABB understands that these laws have caused some members of our community to reassess their attendance at this year’s AABB Annual Meeting.

Our Association’s goal is to ensure that every attendee at the AABB Annual Meeting feels welcome, included, safe and supported. With that in mind, AABB reiterates our commitment to the safety and security of all attendees and offers the following updates to our community:

AABB greatly looks forward to our community reconvening in person this October—the first time the blood and biotherapies community has had the opportunity to gather together since 2019—as we mark our 75th anniversary. As our Association’s signature event, AABB will use every opportunity during the Annual Meeting to showcase, celebrate and learn from our attendees’ diverse range of experience, knowledge and backgrounds.