Initiated in 1954 to honor Karl Landsteiner, MD, whose lifetime research laid the foundation for modern blood transfusion therapy, this award recognizes a scientist whose original research has resulted in an important contribution to the body of scientific knowledge. The scientist who receives the award should have an international reputation in transfusion medicine or cellular therapies. Recipient is selected by AABB’s Board of Directors. 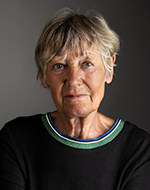 Citation:
For her pioneering work on the immunological effects of blood transfusions, particularly on the role of leukocytes in blood products and their ability to modulate immunity.

This award honors Tibor Greenwalt, MD, who was the first registrant at the first AABB Annual Meeting and founding editor of TRANSFUSION. The award recognizes an individual who has made major scientific or clinical contributions to hematology, transfusion medicine or cellular therapies, and succinctly communicated these advances. Recipient is selected by a joint committee composed of leaders from the Cellular Therapies Section Coordinating Committee and the Transfusion Medicine Section Coordinating Committee with formal approval by AABB’s Board of Directors. 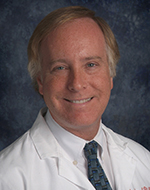 Citation:
For his development and pioneering use of antibody phage display and of antibody and chimeric antigen receptor T cell constructs in transfusion medicine and related disciplines, including autoimmune disease, dermatology, infectious disease and cancer.

This award began as a lectureship in 1963 and was designated as a Memorial Award in 1983. The Emily Cooley Memorial Award and Lectureship recognizes an individual who has demonstrated teaching ability and has made a major contribution to the field of transfusion medicine or cellular therapies. Recipient is selected by a joint committee composed of leaders from the Cellular Therapies Section Coordinating Committee and the Transfusion Medicine Section Coordinating Committee with formal approval by AABB’s Board of Directors. 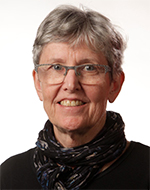 Citation:
For her instrumental work in spearheading the development of a transfusion medicine fellowship training program and guideline development of best practice recommendations for the transfusion of blood components and immunoglobulin therapy and for her leadership in translating the essentials of best transfusion practices to low-resource settings.

The Sally Frank Memorial Award and Lectureship was established in 1982 in memory of Sally Frank and her dedication to red cell serology and education. This award recognizes an individual who is, or has been, a medical technologist involved with these fields and has demonstrated quality research, teaching and/or service abilities in the technical aspects of immunohematology. Recipient is selected by AABB’s Transfusion Medicine Section Coordinating Committee with formal approval by AABB’s Board of Directors. 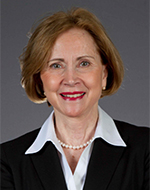 Citation:
For her extensive academic achievements and outstanding track record in teaching and service in the field of immunohematology.

This award, renamed in 2005 after Bernice Hemphill, W. Quinn Jordan, and Joel Solomon, honors leaders from the transfusion medicine and cellular therapy community. The award recognizes an individual who has made significant contributions in the areas of administration, quality programs, law and/or government affairs. The individual has demonstrated leadership qualities and a consistent willingness to lend his/her expertise to his/her peers. The award may recognize one particular act or an accumulation of contributions throughout many years. Recipient is selected by a joint committee composed of leaders from the Cellular Therapies Section Coordinating Committee and the Transfusion Medicine Section Coordinating Committee with formal approval by AABB’s Board of Directors. 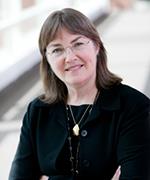 This award, established in 1956, recognizes an individual who has given outstanding service to AABB by demonstrating a willingness to lend his/her expertise to the association through work on committees, the AABB Board of Directors and other areas. The John Elliott Memorial Award is presented in odd years only. 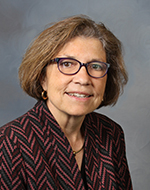 Citation:
For her extraordinary commitment to involvement on various committees and service through her numerous presentations of AABB programs related to Immunohematology and Reference Laboratories.

This award, created in 2002, honors Dale A. Smith, a long-time Baxter Healthcare executive who was responsible for establishing the Fenwal Division of Baxter. This award recognizes groundbreaking work performed in the application of technology to the practice of transfusion medicine or cellular therapies. Recipient is selected by the National Blood Foundation (NBF) Scientific Grants Review Committee with formal approval by the NBF Board of Trustees.

This award was established in 2016 to recognize a scientist whose original research resulted in an important contribution to the body of scientific knowledge in transfusion medicine or cellular therapies. Recipient is selected by the NBF Scientific Grants Review Committee with formal approval by the NBF Board of Trustees. 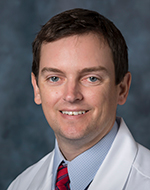 Citation:
For his 2016 National Blood Foundation-funded research on characterizing innate immune mechanisms underlying the link between inflammation and RBC alloimmunization. Dr. Gibb generated and utilized mouse transfusion models to test the role of type 1 interferons (IFNα/β) in alloimmunization to human RBC antigens. Dr. Gibb discovered that IFNα/β receptor signaling is required for alloimmunization to the human KEL antigen expressed on transfused murine RBCs. Since the completion of his NBF grant in 2018, Dr. Gibb has co-authored eight scientific papers, including a senior author publication.

This award honors the author(s) of the best original research article published each year in TRANSFUSION. It recognizes impeccable study design, innovation, significance, and effective communication in any area of knowledge covered by the journal.
Selection of recipient(s) is a collaborative effort of the journal’s Associate Editors and the NBF Grants Review Committee. (The RISE Award is presented annually.) Recipient Selected by Associate Editors of TRANSFUSION with formal approval by the NBF Grants Review Committee.

AABB President’s Awards are given every year to recognize the extraordinary public service and contributions of an individual or an organization in the health care arena. The recipients’ work furthers AABB’s goals and missions.