The ZIKV Biovigilance Network platform contained collection and reporting of data for donations with reactive ZIKV Nucleic Acid Test (NAT) results and mapped these data to U.S. geographical locations. Enhanced ZIKV reporting platform was deployed in December 2018 to support NAT for ZIKV described in the recommendations (including triggering ID NAT) issued in the July 2018 Food and Drug Administration (FDA) Guidance. AABB presented data from the platform during the March 2019 Blood Products Advisory Committee Meeting. In May 2021, FDA determined that ZIKV is no longer a relevant transfusion-transmitted infection (RTTI) under its regulations.

A letter from Sharon Carayiannis, AABB’s Vice President, Science and Practice, to the ZIKV Biovigilance Network participants describes the details. 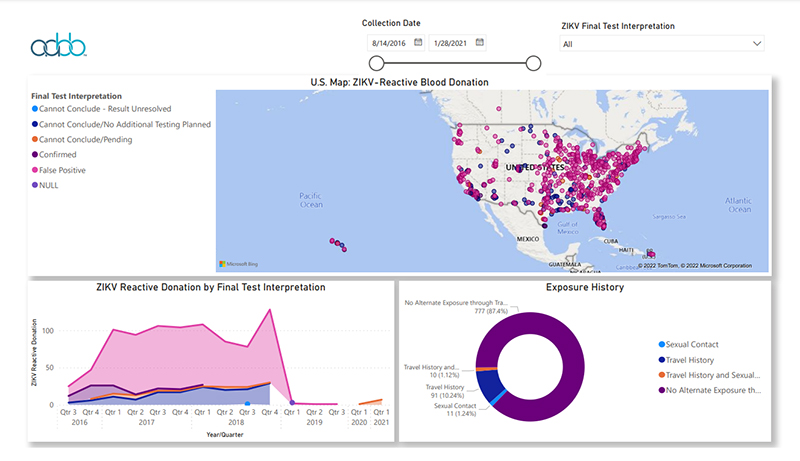 The data posted on this web site is provided by third parties and is not verified by AABB. Accordingly, AABB makes no guarantee that the data is current, valid or accurate. No content on this site is intended to constitute professional advice, whether medical, legal or otherwise. AABB expressly disclaims any liability or loss that may arise either directly or indirectly from relying on the information, services or other material on this site.