Ask the FDA and CLIA Transcripts 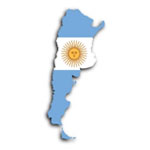 In Argentina, several government bodies are involved in the regulation of human cells and cellular-based therapies. The National Ministry of Health has issued regulations for cellular therapies under the Medicines Act of 1964 and the Transplant Act of 1993. More specifically, hematopoietic progenitor cell (HPC) transplantion is regulated by Instituto Nacional Central Único Coordinador de Ablación e Implante (INCUCAI) with the Ministry of Health. Furthermore, La Administración Nacional de Medicamentos, Alimentos y Tecnología Médica (ANMAT), an agency with similar responsibility and oversight as the Food and Drug Administration in the United States, has established a registration system for cellular therapies.

Ministry of Health and INCUCAI Resolution 307/2007 establishes and limits the indications for use of HPC products for human transplantation. The resolution also addresses cord blood (considered an alternative source of HPC used in transplants in replacement of bone marrow) banking requirements. Additionally, Article of Regulatory Decree 512/95 states “any practice that involves implanting of human cells that does not fall within HPC transplantation is radically new and therefore is considered as experimental practice until it is established that it is safe and effective.” Under this framework, the use of HPC products beyond those listed in the Resolution 307/2007 would need to be studied in the context of a clinical trial requiring regulatory authority approval and informed consent from the patient. Resolution 19/2012 then established technical standard regarding the requirements and procedures for the preparation of cellular products.

Links to relevant regulatory authorities’ websites are accessible in the External Resources box.