AABB’s new Quality Systems Framework is the next step in the evolution of quality for the blood and biotherapies field, as well as a continuation of our efforts to ensure the highest level of quality and safety for all donors and patients.

Will the QSF replace the current Quality System Essentials in all sets of AABB Standards?

Yes! Once the QSF language is finalized and approved, all sets of Standards that will be created following that date will incorporate the QSF language, replacing the current QSEs. The change will not occur retroactively.

Will the QSF be a stand alone document?

The QSF will be presented as a stand alone document to assist users in their implementation. At this time there is no plan to have a separate accreditation associated with the QSF.

If there are standards in the QSF that should not apply to all sets of Standards will they be removed from the QSF? 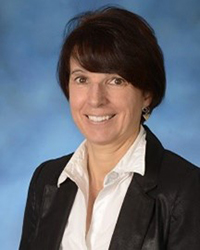 “The new AABB quality system essential framework is a unique quality management model that can be applied across any organizational structure that strives for excellence in patient care and continuous education.”

History of Quality at AABB

Quality concepts have been at the heart of every edition of Standards that AABB has released since 1958 and, in that time, they have evolved from a system of safety and accuracy checks into a quality system that serve as the keystone to the work of transfusion medicine professionals throughout the world.

The most visible step in AABB’s quality evolution occurred in 1997 with the release of Association Bulletin #97-04, (released August 1, 1997), which introduced 10 elements known as the AABB Quality Systems Essentials. These QSEs make up the elements of a quality program, which all AABB-accredited facilities were required to implement by January 1, 1998.

The intent of the quality program as detailed in AB 97-04 was to ensure the consistent application of quality principles to operational areas within an organization. For this reason, AABB began to publish its Standards using the QSEs as chapter headings, with operational activities nested within a quality framework.

Since the quality system essentials were introduced in 1997, the quality language and quality system concepts in AABB Standards have evolved through incremental changes, typically introduced by one set of Standards and then implemented in the others shortly thereafter. For instance, the requirement to collect and evaluate quality indicator data was first introduced in the Standards for Perioperative Autologous Blood Collection and Administration and then subsequently included in all sets of Standards that followed.

“The new Quality Systems Framework enhances the clarity and usability of AABB Standards by providing a streamlined, uniform structure across all standards.  These changes will enhance understanding and compliance with standards, whether an institution is accredited under one or multiple standard programs, and will serve to further advance quality and patient outcomes.”