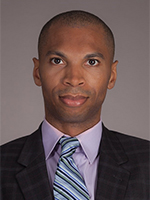 Accooe also serves as Secretary of VALB’s Patient Blood Management Committee and as a National Quality and Compliance Consultant for the PALMS National Enforcement Office at the VA. He also provides consultative services as a transfusion medicine subject matter expert for VALB’s Nursing Practice Committee.