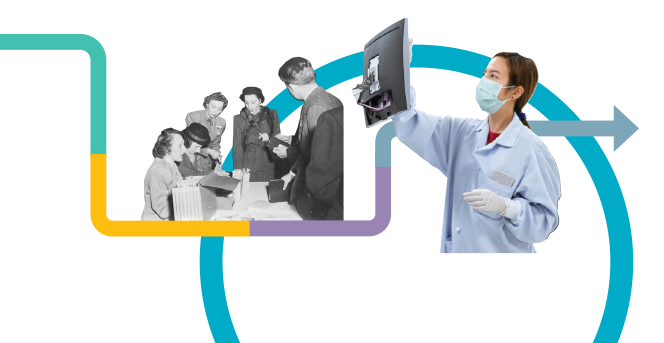 Celebrating Our Past, Present and Future!

Immerse yourself in AABB's history by strolling through our timeline of groundbreaking advancements and compelling achievements. Throughout 2022, we will reveal pieces of our 75-year history along with stories, activities, and engagement opportunities. 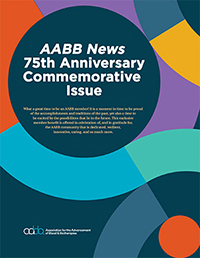 Celebrate AABB’s milestone occasion with a commemorative issue of AABB News featuring a compilation of the history articles this year. This issue is provided free for members.

The AABB story begins after a tragic accident illustrates the need for coordination of blood banking practices. The newly formed association coalesces around this vital mission.

Get your blood pumping!

Answer our monthly trivia question for your chance to win a collection of AABB 75th Anniversary goodies, including a t-shirt, mug, and badge pin!

Answers to trivia questions can be found on this webpage or the aabb.org website. For more details please view the official giveaway rules. Giveaway is open to residents of the US and Canada, and must be 18 years or older to enter.

What is the only non-US city to ever host the AABB Annual Meeting?

Please include your answer, name and email in your response. Winners will be notified of next steps via the email address provided.

Throughout the 1970s and 1980s, AABB continues to drive patient and donor safety while advancing the field.

AABB will be adding to our 75 year timeline as we continue to celebrate throughout the year.

Do you have an AABB milestone, story or image to share? Please email us and attach your image(s) along with your name and contact information.

Please note that by sending photos, you give AABB permission to post or print them in AABB communication vehicles.

THE HEARTBEAT OF AABB

We will be commemorating our 75th anniversary by telling impactful stories from our community. You are the pulse of AABB, our heartbeat.

Got a story to tell, or know someone who does? 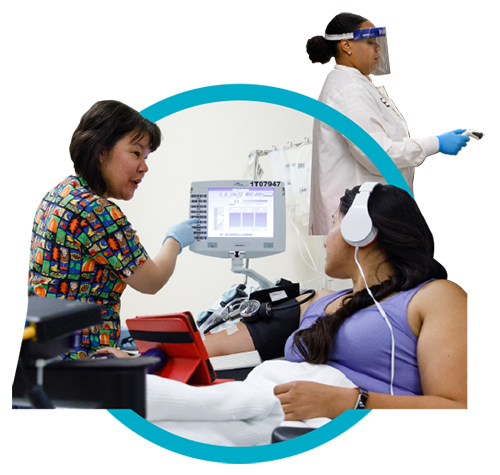 The AABB story continues into the 1990s with innovations in transfusion medicine and rapid expansion of biotherapies.

Tag Us on Social Media - #75yrsAABB

Do you have any cherished photos of yourself or AABB colleagues? Perhaps an Annual Meeting selfie? Maybe you and your staff in AABB t-shirts? Post your photos, videos or stories to your social media accounts and tag us: #75yrsAABB. 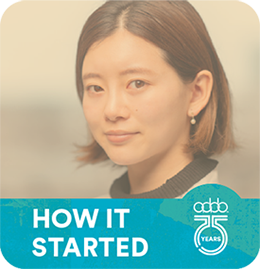 Show your career journey with an Instagram story template. 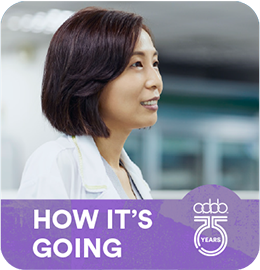 Join in the AABB 75th Anniversary celebration with a sharp t-shirt or coffee mug. They make great gifts! 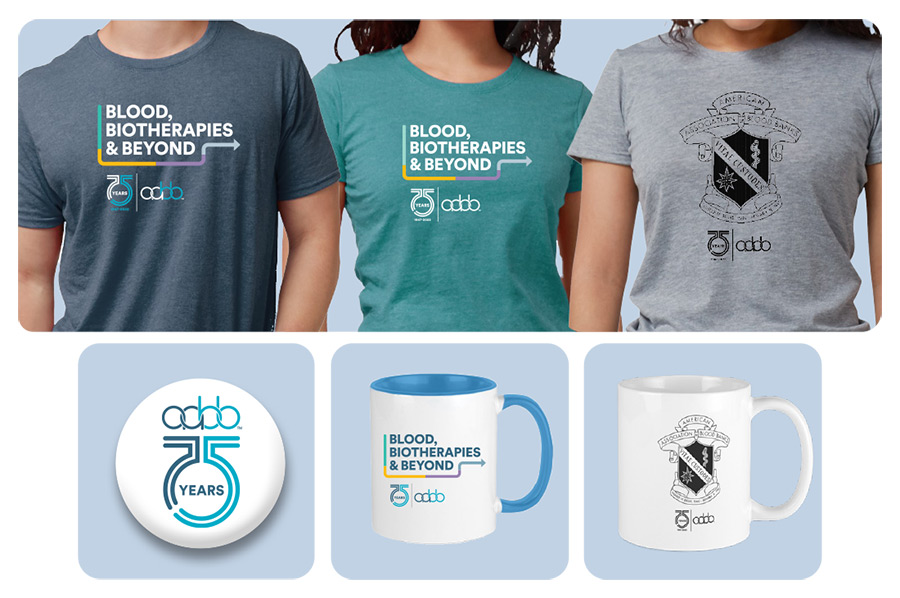 Enrich Your Understanding through Classic Articles

TRANSFUSION, AABB’s peer-reviewed journal, is observing the AABB’s anniversary year with a series of classic articles, each accompanied by a commentary on the article’s impact and how the science has evolved. The monthly series was introduced in a January editorial from Editor-in-Chief Richard Kaufman, MD.

The rich tradition of research by AABB members and their colleagues reported in the pages of TRANSFUSION is well worth the time to read. The January issue is a stellar example. The commentary by Rainier Storb, MD, discusses an article from 1962 by E.D. Thomas, MD, and J.W. Ferrebee, MD, titled “Prolonged storage of marrow and its use in the treatment of radiation injury.” Storb asks, “What was notewothy about the brief report?” and “Why did it matter?” (Spoiler alert: Thomas was awarded the Nobel Prize in 1990 for developing stem cell transplantation.)

The series will continue throughout 2022.

AABB NEWS TAKES A CLOSER LOOK AT OUR ASSOCIATION'S HISTORY

Take a look at some of the historical news items from our 75-year history.

In 1947, the French freighter SS Grandchamp exploded while docked in Texas City. Many consider this disaster to have contributed indirectly to the formation of the American Association of Blood Banks.

AABB History: The Formation of a New American Association of Blood Banks

After the end of World War II, many professionals recognized the need for a national blood banking organization through which they could share best practices, provide staff training and standardize procedures.

AABB's first full decade was impressive by any measure. Much of what we take for granted today did not exist in the early 40s and 50s. We owe early AABB members gratitude for their vision and wisdom.

What a Difference a Decade Makes. Or Not.

In contrast to the upheaval that marked much of the 1960s, AABB continued steadily building on its earlier progress and making great strides.

AABB News: At the Vortex

At the conclusion of AABB's 30th year, then-President Howard F. Taswell, MD, reflected that AABB had been at the vortex of matters important to blood bankers.

John D. Milam, MD, the 1983-84 AABB president, once observed that “Our diversified, dedicated, and energetic members (both institutional and individual) represent our greatest asset and strength.”

“We look forward to the challenges and the successes ahead as we continue to be the organization that is respected worldwide for its expertise. . . This is yet one more reason I am proud to be a member of AABB.”

In late 2007 (AABB’s 60th year), AABB News asked four leaders to identify the most significant developments in recent years that had shaped the field and had the potential to continue to make meaningful changes into the future.

AABB History: “But, Lo, There is Still Room Under Our Tent"

In the most recent decade of AABB’s history, our Association expanded its work and membership base.