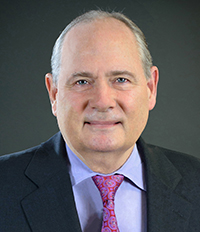 Gannon is a member of the Board of Directors of Blood Centers of America and LifeGift, a Texas organ and tissue procurement organization. He also currently serves as the chair of the AABB Interorganizational Task Force on Domestic Disasters and Acts of Terrorism. He has served as a member of the Nominating Committee of AABB, America’s Blood Centers and Blood Centers of America. Gannon is active within the community and has served in various professional and civic organizations. His activities have included: Health Care Advisory Committee of the Greater Houston Partnership, Emerging Issues Committee of the Greater Houston Partnership; Policy Council of the Texas Medical Center; Consultant for the Texas Medical Association; and the Board of Trustees, National Blood Foundation Research & Education Trust Fund. Gannon serves on the Board of Trustees, Gulf Coast Regional Blood Center, and is president and chief executive officer of Blood Corporation of America, a wholly owned organization of Gulf Coast Regional Blood Center.

Gannon received a Bachelor of Arts degree in 1976 and a Master of Business Administration degree in 1980, both from the University of Southwestern Louisiana. Gannon has also studied non-profit management encompassing strategic perspectives, planning and governing at Vanderbilt University (1995) and Harvard University (1996, 1997 and 2003).